The Basics of Nichiren Buddhism, Ch 1: Nichiren’s Life and 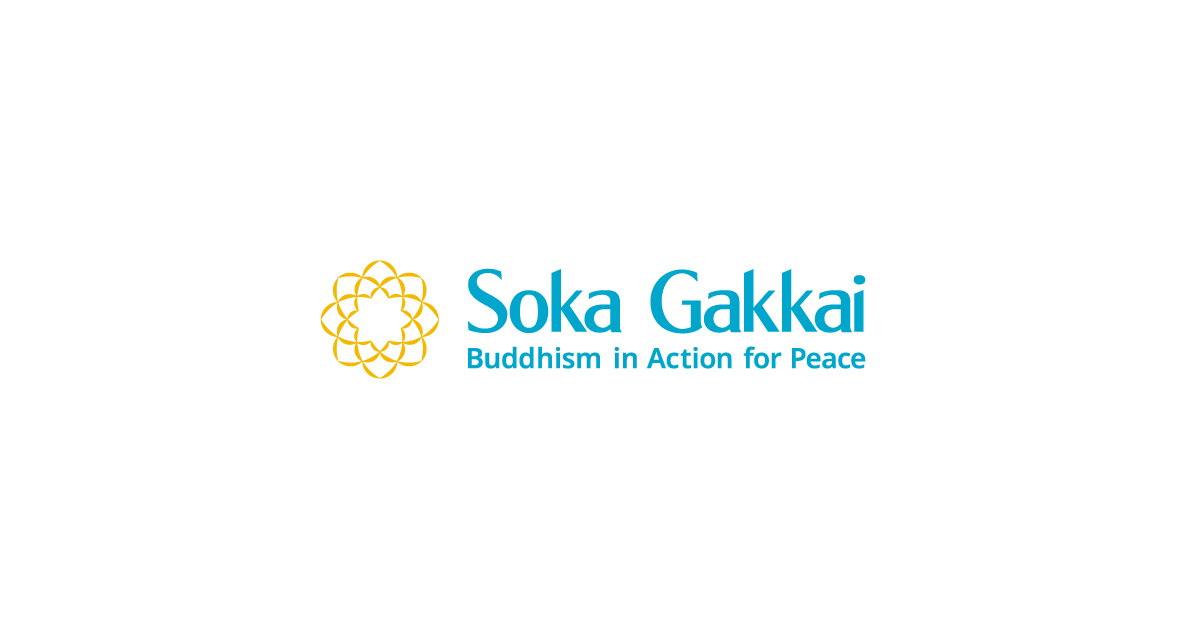 Buddhahood is the state of awakening that a buddha has attained. The word enlightenment is often used synonymously with buddhahood. Buddhahood is regarded as a state of perfect freedom, in which one is awakened to the eternal and ultimate truth that is the reality of all things. This supreme state of life is characterized by boundless wisdom, infinite compassion, and undaunted courage.

The fundamental purpose of our Buddhist faith and practice is to attain the life state of buddhahood.

The purpose of practicing Nichiren Daishonin’s Buddhism, in addition to attaining buddhahood in this lifetime on an individual level, is to secure happiness for others as well.

By embracing faith in the Gohonzon and striving sincerely in Buddhist practice for oneself and others, anyone can realize the state of buddhahood in this existence. This is the principle of “attaining buddhahood in this lifetime.”

If votaries of the Lotus Sutra carry out religious practice as the sutra directs, then every one of them without exception will surely attain buddhahood within his or her present lifetime. To cite an analogy, if one plants the fields in spring and summer, then, whether it be early or late, one is certain to reap a harvest within the year. (WND-2, 88)

Attaining buddhahood, or becoming a buddha, does not mean becoming some kind of special human being completely different from who we are now, nor does it mean being reborn in a pure land far removed from this world in our next lifetime.

The Daishonin explains the “attain” of attaining buddhahood as follows:

As ordinary people, we can reveal this enlightened state of life just as we are. This is expressed in the Buddhist concepts of “the attainment of buddhahood by ordinary people” and “attaining buddhahood in one’s present form.”

Attaining buddhahood does not mean going to some other world. Rather, it means establishing a state of absolute and indestructible happiness here in the real world.

The Daishonin says that “one comes to realize and see that each thing—the cherry, the plum, the peach, the damson—in its own entity, without undergoing any change, possesses the eternally endowed three bodies [of a buddha]”2 (OTT, 200). As this passage suggests, attaining buddhahood means living in a way in which we make the most of our unique inherent qualities and develop our potential to the fullest.

In other words, in attaining buddhahood our lives are purified, allowing us to give full expression to their inherent workings; we gain a strong inner state that is not swayed by any hardship.

Attaining buddhahood is not the achievement of a final goal. The state of buddhahood is characterized by an unremitting struggle based on faith in the Mystic Law to eliminate evil and generate good. Those who strive tirelessly for kosen-rufu are buddhas.

Attaining buddhahood is a process of manifesting the life state of a buddha, which is originally present within all people (the inherent world of buddhahood). A buddha, therefore, is not a special being separate from or superior to human beings. The Daishonin taught that attaining buddhahood is revealing the highest humanity—that is, buddhahood—in our lives as ordinary people.

This is called “attaining buddhahood in one’s present form.” This means that people can realize the life state of a buddha just as they are without having to be reborn and changing their present form as an ordinary person.

Though Mahayana sutras other than the Lotus Sutra teach the attainment of buddhahood, they all require at least two conditions.

The first is that one not belong to any of the following groups, which were deemed incapable of attaining buddhahood: practitioners of the two vehicles (voice-hearers and cause-awakened ones), evil people, and women.

Practitioners of the two vehicles believed that it was impossible for them to attain the elevated life state of the Buddha and so contented themselves with seeking to gain the stage of arhat—the highest stage of awakening in the teachings for the voice-hearers. These practitioners aimed for the annihilation of body and mind in arriving at this stage, in which all earthly desires were completely extinguished, ending the cycle of rebirth into this world. Many Mahayana sutras harshly condemned such practitioners as being unable to attain buddhahood.

The second condition for attaining buddhahood in Mahayana sutras other than the Lotus Sutra was that one had to engage in Buddhist practice over repeated cycles of birth and death (known as countless kalpas of practice) in order to free oneself from the life state of an unenlightened, ordinary person and achieve the life state of a buddha.

In contrast, the Lotus Sutra teaches that attaining buddhahood is not a matter of becoming some sort of exceptional or extraordinary being, but that each person can reveal the life state of buddhahood within them just as they are.

Nichiren Daishonin further clarified that the fundamental Law by which all buddhas attain enlightenment is Nam-myoho-renge-kyo. He also manifested his enlightened state of life that is one with that Law in the form of the Gohonzon—the object of devotion of Nam-myoho-renge-kyo.

By embracing faith in the Gohonzon of Nam-myoho-renge-kyo, anyone can reveal the buddhahood inherent in his or her life.

Nichikan wrote, “If we accept and believe in this object of devotion and chant Nam-myoho-renge-kyo to it, then our lives are themselves the object of devotion of three thousand realms in a single moment of life; we are the founder, Nichiren Daishonin.”3

By believing in the Gohonzon and continuing to exert ourselves in faith and practice for the sake of kosen-rufu, we can manifest in our lives as ordinary people the same life state of buddhahood as Nichiren Daishonin.

[Note: Nichikan (1665–1726) was a scholar priest who lived during the Edo period (1603–1868) of Japan. He systematized and placed fresh emphasis on the Buddhist principles of Nichiren Daishonin as inherited and transmitted by his direct disciple and successor, Nikko Shonin.]

The idea of attaining buddhahood in one’s present form can be expressed from another distinct perspective as the principles that “earthly desires are enlightenment” and “the sufferings of birth and death are nirvana.”

Even ordinary people whose lives are dominated by earthly desires, burdened by negative karma, and afflicted by suffering, can, by awakening to the reality that buddhahood exists within their own lives, manifest the wisdom of a buddha’s enlightenment, liberate themselves from suffering, and realize a state of complete freedom.

A life tormented by earthly desires and suffering can become a life of limitless freedom that shines with enlightened wisdom just as it is. This is the meaning of the principle that earthly desires are enlightenment.

Nichiren Daishonin teaches that the world of buddhahood within us is Nam-myoho-renge-kyo.

When we believe in the Gohonzon, chant Nam-myoho-renge-kyo, and awaken to our true, noble selves, then the wisdom to live out our lives, the courage and confidence to face the challenges of adversity and overcome them, and the compassion to care for the welfare of others will well forth from within us.

The sufferings of birth and death are nirvana means that though we may be in a state of suffering caused by the painful realities of birth and death, when we believe in the Gohonzon and chant Nam-myoho-renge-kyo, we can manifest in our lives the tranquil life state of a buddha’s enlightenment (nirvana).

The principles of earthly desires are enlightenment and the sufferings of birth and death are nirvana teach us that when we base ourselves on faith in the Mystic Law, we can lead positive, proactive lives, transforming every problem and suffering we have into a cause for growth and happiness.

Second Soka Gakkai president Josei Toda (1900–58) taught that there are two kinds of happiness: relative happiness and absolute happiness. Relative happiness describes a condition in which our material needs are fulfilled and our personal desires satisfied. But desires know no limits; even if we may enjoy a sense of those desires being fulfilled for a time, it is not lasting. Since this kind of happiness is dependent on external circumstances, if those circumstances should change or disappear, then so will our happiness. Such happiness is called relative because it exists only in relation to external factors.

Living amid the realities of this world, it is inevitable that we will meet with various problems and difficulties. But in the same way that someone who is strong and physically fit can easily climb a mountain, even when carrying a heavy load, those who have established an inner state of absolute happiness can use any challenge they encounter as an impetus for bringing forth powerful life force and calmly overcome adversity. For strong mountain climbers, the steeper and more demanding the ascent, the greater enjoyment they feel in overcoming each challenge on the path to the summit. Similarly, for those who through Buddhist practice have acquired the life force and wisdom to overcome hardships, the real world with all its troubles and challenges is a place for creating value rich in satisfaction and fulfillment.

In addition, while relative happiness, which depends on external factors, disappears with death, the absolute happiness of the life state of buddhahood persists eternally. As the Daishonin says, “Passing through the round of births and deaths, one makes one’s way on the land of the Dharma nature, or enlightenment, that is inherent within oneself” (OTT, 52). 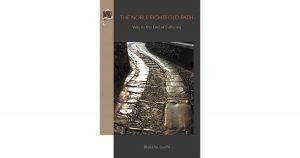 Bhikkhu Bodhi’s little writing on the constituents of the 4th honorable truth is a quick, by the numbers (and letters) summary of orthodox Theravadan opinion

“A woman who practices reciting Buddha Amitabha’s name, is extremely hard and recites “NAMO AMITABHA BUDDHA” three times daily. Although she is doing this practice