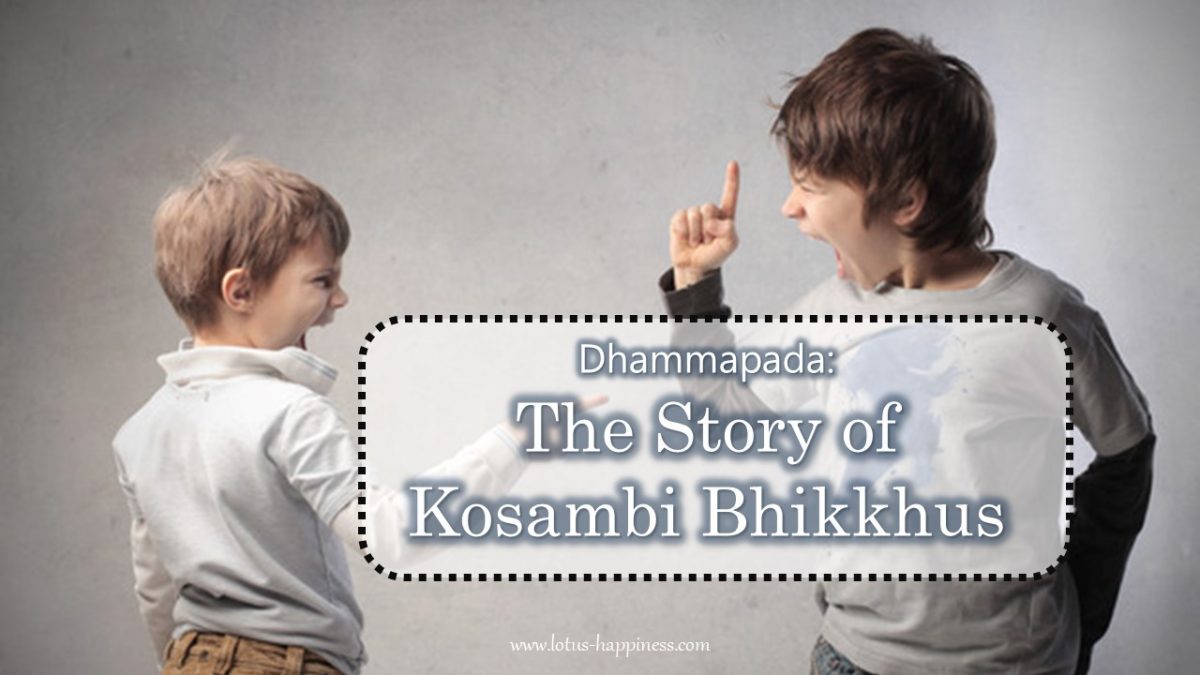 While living at the Jetavana abbey in Savatthi, the Buddha said Verse (6) of this book, with recommendation to the bhikkhus of Kosambi.

The bhikkhus of Kosambi had actually formed into 2 groups. One group followed the master of Vinaya and the other followed the instructor of the Dhamma and they were frequently quarrelling amongst themselves. Even the Buddha might not stop them from quarrelling; so he left them and invested the vassa, house duration of the rains, all alone in Rakkhita Grove near Palileyyaka forest. There, the elephant Palileyya waited upon the Buddha.

The lay disciples of Kosambi, on discovering the factor for the departure of the Buddha, declined to make offerings to the staying bhikkhus. This made them recognize their error and reconciliation happened amongst themselves. Still, the ordinary disciples would not treat them as respectfully as in the past, up until they owned up their fault to theBuddha But the Buddha was away and it remained in the middle of the vassa; so the bhikkhus of Kosambi invested the vassa in torment and challenge.

At completion of the vassa, the Venerable Ananda and 5 hundred bhikkhus approached the Buddha and provided the message from Annathapindika and other ordinary disciples urging him to return. In due course the Buddha went back to the Jetavana abbey inSavatthi The bhikkhus followed him there, dropped at his feet, and owned up their fault. The Buddha rebuked them for disobeying him. He informed them to bear in mind that they should all pass away some day and for that reason, they should stop their quarrels and should not act as if they would never ever pass away.

Then the Buddha spoke in verse as follows:

Dhammapada Verse 6: People, besides the smart, do not recognize, “We in this world must all die,” (and, not understanding it, continue their quarrels). The smart recognize it and thus their quarrels stop.

At completion of the discourse, all the put together bhikkhus were developed in Sotapatti Fruition.