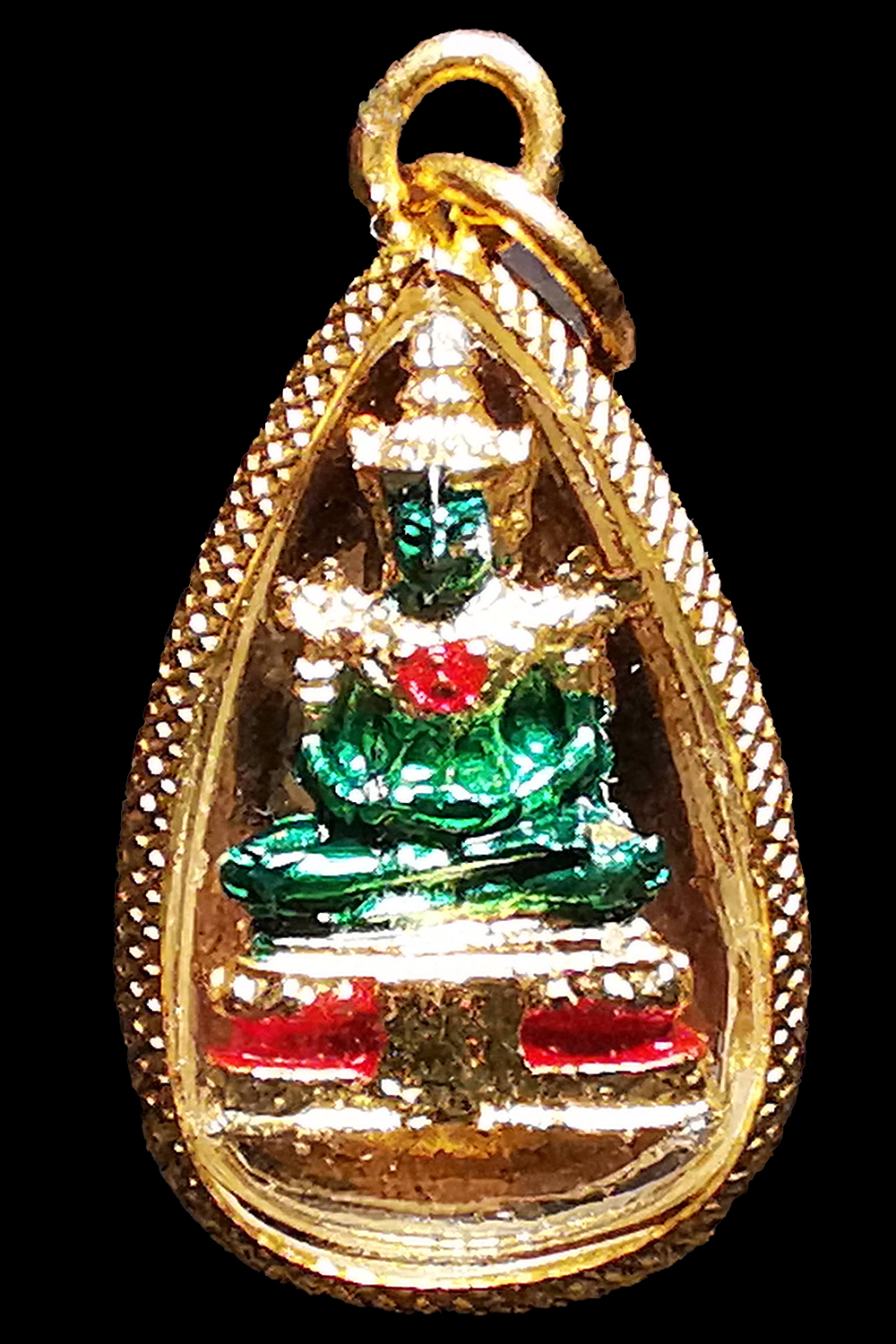 Final Full Moon of 2020 – Powerful Cold Moon Merits Accumulation
This is a Gemstone Jade Buddha to be completely sealed of its energies on the final full moon of 2020.

Followers may obtain this as merits making for sealing of the merits accumulation for the entire year of 2020.

Historical sources indicate that the statue surfaced in northern Thailand in the Lan Na kingdom in 1434. One account of its discovery tells that lightning struck a chedi in Wat Pa Yia (Bamboo Forest Monastery, later renamed Wat Phra Kaew) in Chiang Rai, revealing a Buddha covered with stucco inside. The Buddha was then placed in the abbot’s residence, who later noticed that stucco on the nose had flaked off, revealing a green interior. The abbot removed the stucco and found a Buddha figure carved from a green semi-precious stone, which became known as Phra Kaew Morakot or in English the Emerald Buddha. (“Emerald” refers to its “green colour” in Thai, not its composition.)[5][6] Some art historians describe the Emerald Buddha as belonging to the Chiang Saen Style of the 15th century CE, which would mean it is of Lan Na origin.